I am no longer in Tel Aviv or in Israel, but Tel Aviv was “home” in a country that is an unsettling combination of foreign and intimately familiar.  I was guided by knowing that many, of my ancestry, settled there and that only timing,  fortuitous decisions and the chance of US entry visas (rarely given in the 1930’s) separated us from death or an alternative path to refuge in Israel. 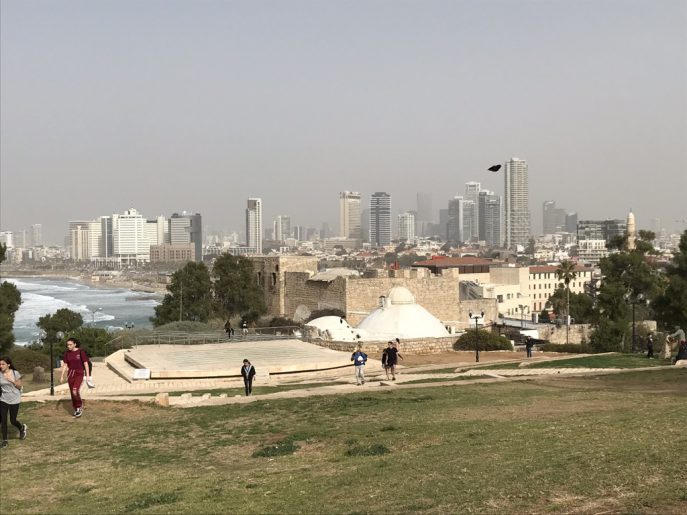 For three weeks, I visited and interacted with cousins or other descendants of central and eastern European Jews, a marked contrast to a life lived largely, and at times almost exclusively, among Christians.  For two generations in my family, we have been with others, learned to be like others, shared intimacy with others, deeply loved others, partnered and married others—such that they are no longer others but dear and close to us—and yet we have not lost our Jewish identity,  and there is something deeply familiar about Israelis. 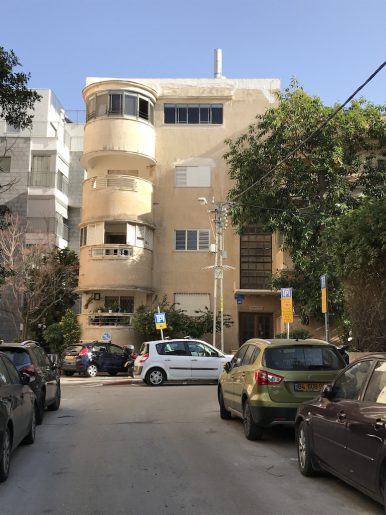 In Israel, it was as though my entire adolescence and adult life had been stripped away.  California, Asia, Europe, and even New York felt like temporary influences.  What I had with Israelis seems to precede these places—I had returned to the home of my parents, my grandparents and my great grandparents.

And yet, as my cousin Miriam said:  we are the stories we tell ourselves . . .

I visited with Miriam, her sister Laura, and two other cousins in Israel.  These cousins share the same great-grandparents or are descended from siblings of the same great-grandmother.  The family moved from what became Poland to Vienna, sometime around World War I; one branch then moved to Antwerp and the rest to New York and New Jersey.  These cousins still know each other, or of each other.  So I was led from those I knew, to two whom I had never heard of or met.  None of them were born in Israel.  They were Zionists who chose Israel.

My cousins have many years and strong bonds in Israel.  One, a retired Belgian journalist, covered the Middle East for Belgian newspapers.  She is disappointed that the path to peace has been so difficult and might have left,  but has nevertheless been there since 1971.   The others are married, or divorced with spouses or partners, friends and children, and one with grandchildren.  One is married to another American Jew, another to an anglo-Canadian.  One does business with the U.S., another is in a close circle of American émigré friends.  They switch back and forth easily between Hebrew and English, and their Israeli children have served in its army.

In Israel, I also had my first close-up view of a world that precedes me, that of Orthodox Jewry.  One Polish great-grandfather was a progressive orthodox rabbi, according to Miriam, and on the lecture circuit in Europe and later in the United States.  Yet I do not know the ultra-orthodox or even many orthodox Jews.  There are many in New York, but generally, like other assimilated Jews, my preferences and geography have separated me from them.  The traditionally religious are often viewed as backwards, insular, clannish, and likely to judge us as non-Jewish. . . and yet these views are based on very little.  I have no knowledge of them, and so Israel was my chance to listen, ask questions and challenge my prejudices.

First in Jerusalem to the tour guide at the Western Wall, a traditionally dressed American woman, who led the English speaking tour of the excavations.  Using a model, she explained the ancient configuration of the Temple Mount and the location of the Holy of Holies, the prayer and celebratory activities now possible in the tunnels, and the prohibition to entering the Mount until the arrival of the Messiah.  Among the tour visitors were a few American rabbinical students, one of whom is the son of the Orthodox rabbi in London, Ontario, where my sister lives.

At the Dead Sea, I initiated a conversation with two more American students, who explained (while floating) that many young Orthodox students come to Israel for a year or two of rabbinical studies, but not necessarily to become rabbis.  The studies are part of an education which encourages them to practice whatever profession they choose, while keeping their minds on the Torah.  They briefly explained the differences between the Jerusalem and Babylonian Talmuds—the latter offering a more varied, subtle, less clearly directive commentary, a more interesting text to study.  They have been reading it, in the original Aramaic, since the fifth grade.

In Israel we also have old friends, and with them too I found the warmth of the familiar.  A brother Ilan (in Jerusalem) and sister Efrat (in the Galilee), whom we knew at school in Singapore and whose parents were friends of our parents.  Both are married, with children, and now their first grandchildren.  I had last seen Ilan, in about 1983, when he recognized me at the Marina Safeway in San Francisco; he then spent a couple of nights sleeping on the floor of my studio.  It was easy to feel the similarity in their liberal education, warmth,  directness, and in the strength of the women.

But there were differences.  Our friends and their children have served in the army—no one in my world has ever been in the military.  They both married Jews—I’m single, gay, my sister married to a Scots-Irish Canadian.  They seem more closely engaged in the building of their country—in a larger, older country like the United States, fewer of us are able to do this.  They see their children frequently and are often with them for Friday evening Shabbat.  My niece is far away in Liverpool studying theatre.  Seder dinners yes, Chanukah or Rosh Hashanah dinners at my parents in California (years ago) or more recently at my cousin’s in New York, but I cannot think of a sabbath dinner in recent memory.  I was at three in Israel, and the candles were lit.

Tel Aviv has a lot of high-rises, but mostly it is still a city of 4 to 6 story buildings, dating from the 1930’s and later in the 20th century,  with surprisingly shabby facades, but beautiful tree-lined streets and gardens.  The avenues are filled with stores, and with bakery cafés, seemingly on every block.  The city is relaxed and urbane with wonderful weather and a beautiful, endless, beach, like Los Angeles, but much smaller and more intimate.

The men, or some of the men, in Israel are intense and uniquely handsome.  Some are almost biblical, thin, with darkish skin and black hair, fit from the army and with no other pretense.  Israel, for the older gay man, appeared to offer a paradise–lacking the ageist prejudices of New York.

Since I have relatives there, and the weather is better than in New York, a cab driver asked, why I was not living in Tel Aviv?   The welcome is automatic.   I did not have to blend-in or change myself in any way.  I do not have to be observant (most Israelis are not).  I don’t even have to speak Hebrew.  I was welcomed, my right to be there understood, a unique and wonderful feeling, a sense of belonging (as my pool friend M. described it when I returned).  All of this was wonderful, a refuge, and a kind of liberation, although it does not include the Palestinians. 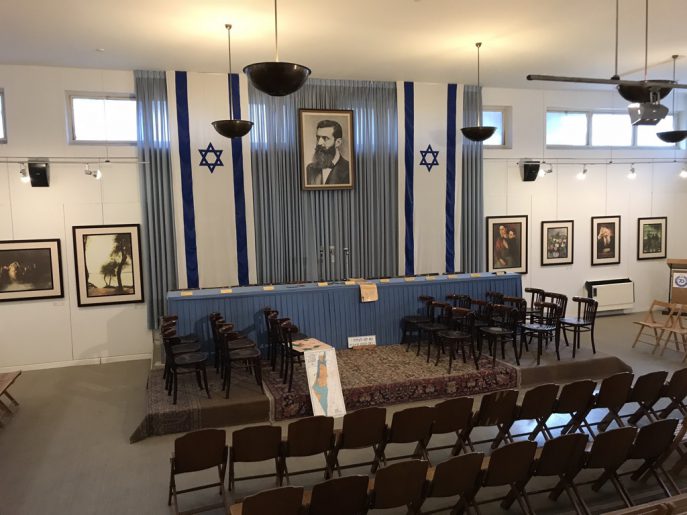 One Response to Tel Aviv