Israel is a complex country, not simply because of the contrast and friction between the Israelis and the Palestinians, but also because of the richness of its historical and contemporary Judaism.

Israel’s conquest of the Old City of Jerusalem, in 1967, was an extraordinary event, since the Old City is majority Arab and the site of important Muslim, Christian and Jewish holy sites.  For Israel, it is for the first time the repossession of the remains of its ancient capital and of its Temple, from which the Jews were expelled by the Romans in 70 AD. 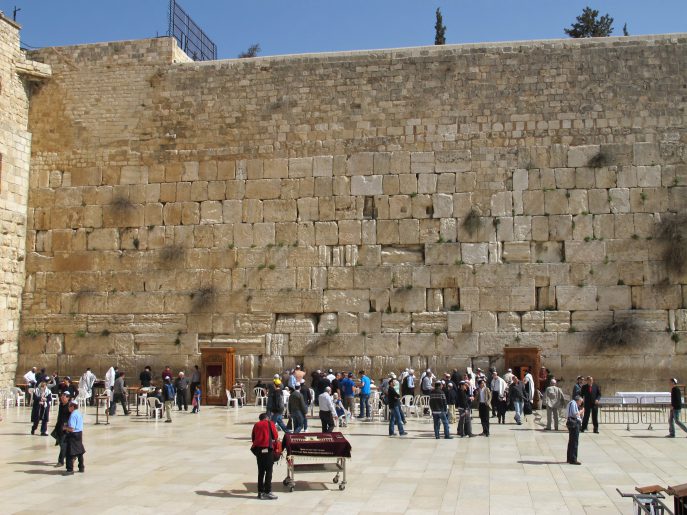 While I believe that religion has or should have evolved beyond its origins in time and place, this is not what others believe.  There is an extraordinary triumph in taking back a place to which access has been denied, or severely limited, for two thousand years, and the triumph is both religious and nationalistic. The formerly-limited praying area in front of the Temple’s Western Wall was enlarged after the 1967 war, by demolishing houses and relocating their Muslim occupants.  Now there is a large plaza busy with visitors and worshippers. What is known as the Old City’s Jewish quarter has been rebuilt and expanded, including several religious institutions and the reconstruction of the city’s most significant synagogue which was destroyed by Jordanians.  And while Israeli security carefully protects the integrity and security of the Moslem mosques on the Temple Mount, excavations around its base are uncovering layers of history, including ancient Jewish history, providing religious Jews with additional opportunities to worship in close proximity to the identified location of the Temple’s Holy of Holies. 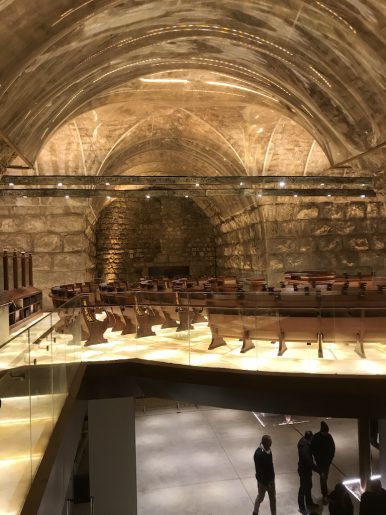 a new sanctuary, created in excavations adjacent to the Wall

Alone on this second visit, I covered my head, walked onto the plaza and touched the wall.  Even for the liberal, ignorant, Diaspora Jew, it was impossible to feel nothing.