Returning to France and why it matters 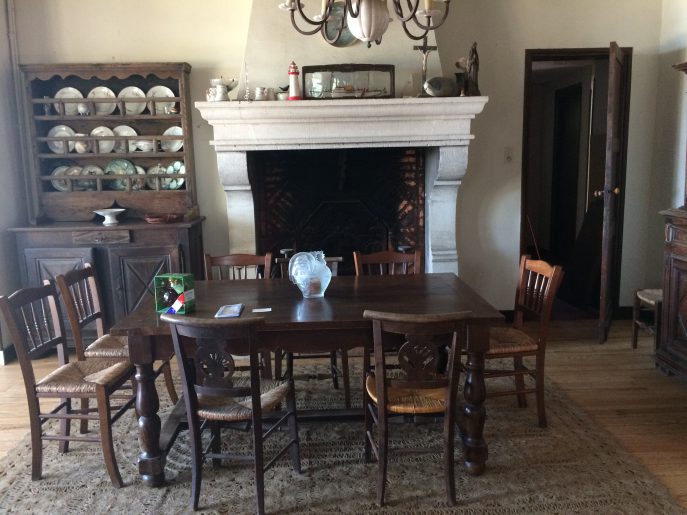 My trip began sixty years ago, in a very different generation and place, when my mother found me a French tutor in Los Gatos, the northern California town where I grew up.    (I don’t know  why she did this, but in 1960’s America, French was still considered the language of high culture, and perhaps she had already divined my slim chances as an athlete.)

Mlle. Simenon was from Lille, a sweet older woman, and she taught me a few songs and a few words, in brief sessions at the table of her dark, curtain-drawn, 19th century Victorian apartment.  Then there was Mme. Small, at the Singapore American School in the late 1960’s, who mimicked a monkey to teach us the correct pronunciation of the difficult letter “u” and later, Mr. Keplinger, another fabulous and serious teacher at the Los Gatos High School.  (Some years later, at a party in Marin County, I told a woman that she reminded me of my former teacher. “I am Mme. Small”, she replied.  In writing this, I am thanking her again for everything. . . )

The big launch was at age 19, my sophomore year in college (1972-73?), when I took/audited courses at the famous Institut d’Etudes Politiques in Paris and lived with a family in their large apartment in the Auteuil section of the 16th arrondissement.  That family, the Marions, (and very especially Francois and Claude) became very good friends, as did their neighbors downstairs, the Duclerts (esp. Catherine), and a number of other people whom I now view as old and close friends.

I have returned to France this year, at nearly age 65, purportedly for some research and some time off, but also to see my friends.  This started with a 100th birthday for Andree Marion on July 8.  Almost her entire family was present, her five children, and grandchildren from France, Belgium, Taiwan and Bangkok.  They all gathered for a mass at her church in Auteuil, a large modernist space facing a garden, and then for lunch facing another garden, at a restaurant somewhere near Versailles.  She looked absolutely, almost unchangingly, fine, with the same warm, but self-contained, bearing that I remember.  Her younger daughter, now leading a religious order, gave a fine speech about her independence.  And indeed, Andree Marion has been a very strong and thoughtful Catholic, living through the war in Lyons, widowed in her 40’s, completing the support and education of five children on her own, and introducing young Americans, like me into the difficult mysteries of French discipline and manners. I should add that for an American from northern California, with demonstrative, liberal, Jewish parents, and a Viennese-born mother (with an aversion to Europe) who had escaped the Holocaust, my introduction to French bourgeois education was somewhat difficult, vaguely familiar, and very satisfying. 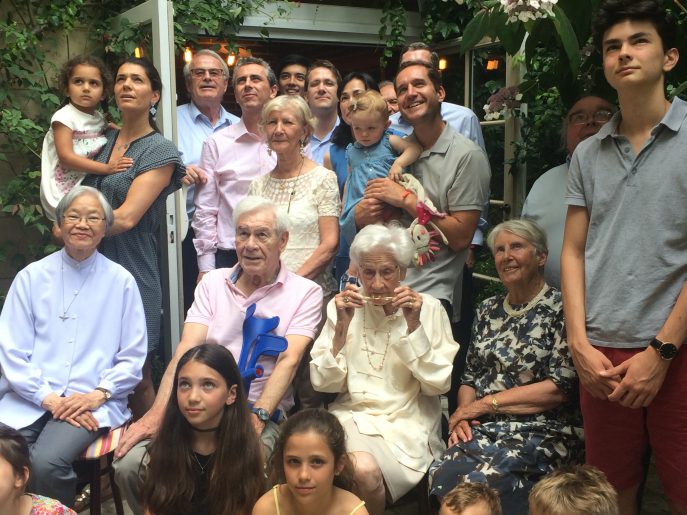 Andre Marion, and those who love her

I had forgotten how beautiful Paris can be, the five and six story apartment buildings, the gardens, the walkable, relatively uncrowded streets, the refinements in so many people, in every meal and on nearly every corner.  One of the wonders of leaving New York is not having to avoid people to get anywhere.  I often wonder why some New Yorkers (and the city’s planning staff) think that New York’s ever-increasing density is so great.  Cities are great places, but good stores do not thrive on astronomical rents and civilized living is not about infinite height and crowding.

Catherine Duclert (now Yokoyama) had invited me to her family’s house at Pyla-sur-mer, a beach town on the Atlantic coast’s Arcachon Bay.  We took the high-speed TGV, through Bordeaux, to Archachon, with Emilie, her daughter who now lives in Tokyo, her sister-in-law, and two mostly-adorable granddaughters,  where we joined two of her brothers who share the house or rent nearby. 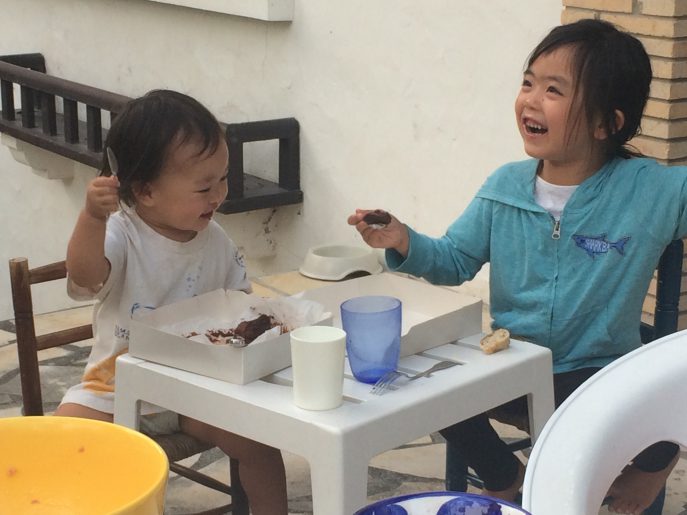 Pyla-sur-mer and Arcachon, just next to it, are beach towns, colonized by the rich in the late 19th century and continually expanded by the similarly affluent since.  The beaches are open to the public, and accessible every few blocks, with beautiful, stone free, white sand.  The water is cool, and superbly swimmable (for those with the courage to swim where they cannot see).  The bay is full of boats, and the houses range from huge 19th century confections to simpler, but still valuable, villas or bungalows, many in an exurban “basque” style.  A few blocks away, there was a nice grocer, with morning croissants and pain au chocolat, a reasonable wine selection and other basics, and a café that managed to give me “take-out” coffee. 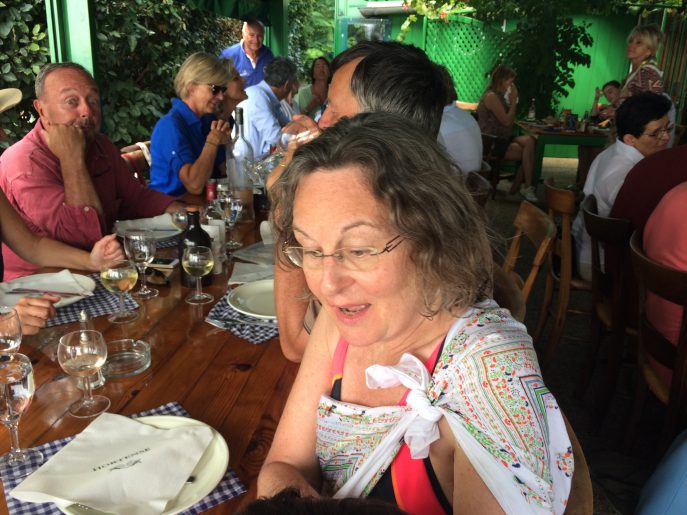 Catherine Duclert Yokoyama, my old friend, a widow, and a grandmother

The highlights, of course, were the conversations (arguments) and the food–on euthanasia for example while eating magret de canard, or chez Hortense, the famous mussel and oyster restaurant, on Cap Ferret, after a taxi-boat ride across the Arcachon Bay.  (and before the others watched and celebrated France’s win of the World Cup)  Or at the marketplace in Teste de Buch, where we gathered wonderful vegetables and spent a small fortune at the charcutier, on magret, a ham, saucissons and other delights. Every day, so far, has been about eating something exceptional, no more than a monthly occurrence in New York (and only when either Stefani or Suzanne is cooking). 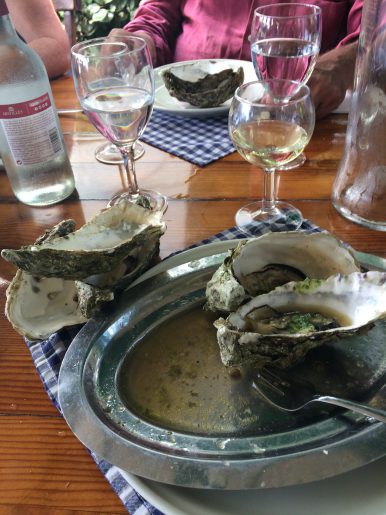 26 Responses to Returning to France and why it matters